Back to all courses Join our Community 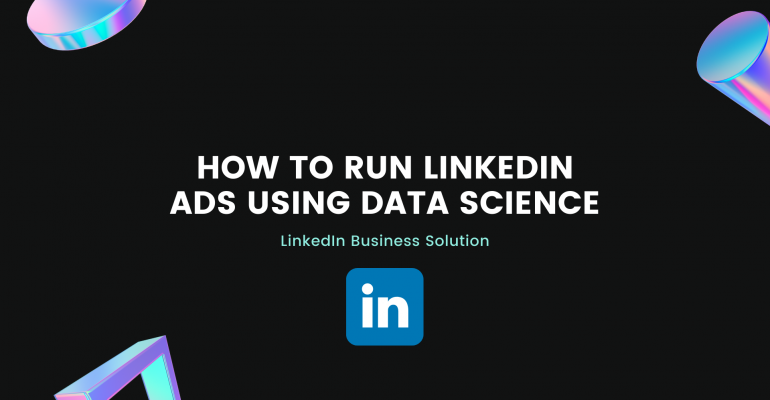 LinkedIn is today’s mainstream professional social media application with more than a billion people using it. This means that if you are a marketer, LinkedIn is your playground for influencer marketing as well as targeted paid ads and so in this article, you’ll discover how to run LinkedIn ads using Data Science.

Here is a step-by-step guide on how to run LinkedIn ads using Data Science under the LinkedIn for Business plan:

Here are some questions you should answer to identify your primary audience:

Also, it is a good idea to know the general statistics of users on LinkedIn since if you’re looking for age ranges between 12-16 to advertise on LinkedIn, you might have to think twice.

A/B testing (also known as split testing or bucket testing) is a method of comparing two versions of a LinkedIn ad against each other to determine which one performs better. For example, the ‘A’ version of your LinkedIn ad may highly focus on a subset of your primary audience characteristics and the ‘B’ version may focus on the entire primary audience characteristics itself.

Running both the ‘A’ and ‘B’ versions of your LinkedIn ads will help you determine the best performing ads in between the two while staying low on budget. You can also experiment with campaign changes such as changing the location, shifting the age ranges, and much more.

Now you know how to run LinkedIn ads using Data Science. The trick is simple: Gather market data before you run your own LinkedIn ads and once you starting running your own ads, just gather your own data and optimize.