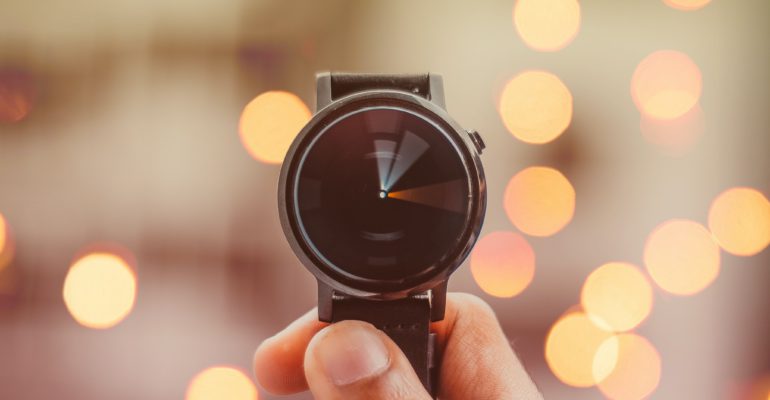 In this lesson, we will be learning to perform some basic time series analysis using Python (both statistical as well as graphical analysis) on time series data.

We will be continuing with the same DataFrame (df) we used in our previous lesson. However, in this lesson, we will be analyzing only the temperature column (T (degC)) of the DataFrame. So we can make a new DataFrame taking only one column from our original DataFrame as,

We will now be working only with the df_temp DataFrame in this entire lesson.

Data Visualization is a very powerful technique for analyzing data. There are many techniques for visualizing time-series data. In this chapter, we will learn about Line Plots, Histogram and Density Plots, Box Plots, and Calendar Heatmaps. For this, we will be using Matplotlib and Calmap libraries. So before diving into creating different plots, we need to import the necessary libraries as,

Line plot is a type of chart that displays information as a series of data points connected by straight lines. It is one of the most commonly used plots for visualizing time-series data. In such plots, time is represented on the x-axis. A line plot can easily be created using pandas.DataFrame.plot function as,

In the above graph, we plotted the entire data. However, it is sometimes necessary to plot the data for a specific time period. The following example shows how we can do that,

Line plots are also helpful to understand how the pattern of our data varies after every certain interval (eg: after every year). For this, we can group our data by year, and then plot the data of every year as,

Another plot that can provide us with a better idea about our data distribution is a Density Plot. For simplicity, it can be seen as a smoothed version of the histogram plot. It can be created using the pandas.Series.plot function with kind as ‘kde’ (Kernel Density Estimate) as,

Box plots are useful to summarize the distribution of our data into different boxes. If you are not familiar with box plots, here is a quick anatomy of a box plot,

We can create box plots for each year in a similar way we created histogram plots,

From the above box plot, we can see that almost all observations taken at different years lie within a similar range. This can also be justified by the fact that the temperature of a certain place almost remains within a certain range every year.

Calendar heatmap is a kind of plot that shows the intensity of data over days of a year using color gradients. The darker shade in the heatmap indicates a higher value. We will be using the calmap library for creating our calendar heatmap as,

The statistical approach is another important method of analyzing time-series data. Such analysis involves computing various metrics of the series such as mean, medium, etc. However, in time-series data, we use the concept of rolling windows for computing different values.

Let us compute the rolling mean and median over a window size of 48 (corresponding to 48hrs/2days of observation),

There can be various patterns underlying time series data.  It is often helpful to split a time series into several components, each representing an underlying pattern category. Such splitting is very helpful for Exploratory Data Analysis (EDA).

One of the most common splitting technique is to split the data into three different patterns: trend, seasonality and the error terms. A trend is observed when there is an increasing or decreasing slope observed in the time series. Whereas seasonality is observed when there is a distinct repeated pattern observed between regular intervals due to seasonal factors. It could be because of the month of the year, the day of the month, weekdays or even time of the day.

So, a time series may be imagined as a combination of the trend, seasonality, and error terms. We can use the statsmodel module in Python to decompose the time series into error, trend, and seasonality. As we have 24 rows of data for each day (as the reading is taken every hour in a day), we will be dividing the length of the DataFrame by 24 and using that as frequency during the decompose.

A stationary time series data is that type of data where the values of the series are not a function of time, i.e., the statistical properties of the series like mean, and variance are constant over time.

Most statistical forecasting methods are designed to work on a stationary time series. So it is generally suggested to check the series for stationarity before forecasting.

How to test for stationarity of time series data?

The stationarity of a times series data can be checked using a statistical test called ‘Unit Root Tests’. There are different variants of the Unit Root Test. In this lesson, we will be covering one of the most commonly used variants of it, the Augmented Dickey-Fuller test (ADF test).

The following block of code illustrates how we can perform the ADF test using python,

How to make a series stationary?

One of the most common approaches for making a series stationary is Differencing. In this method, we compute the difference of consecutive terms in the series. It is typically performed to get rid of the varying mean.

If Y_t is the value at time ‘t’, then the first difference of Y = Yt – Yt-1. In simpler terms, differencing the series is nothing but subtracting the next value by the current value.

We can perform differencing on the series by subtracting the next value by current value as,

With this, we have come to the end of this lesson. Head on to the next lesson on ‘Creating Helper Functions‘ to start working on building our forecasting model.

Do you want to learn Python, Data Science, and Machine Learning while getting certified? Here are some best selling Udemy courses that we recommend you enroll in: